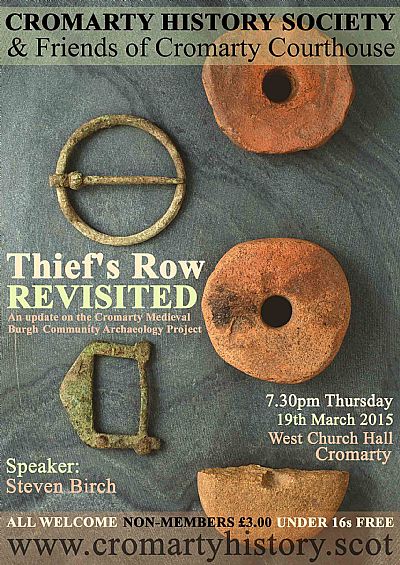 An update on the Cromarty Medieval Burgh Community Archaeology Project

The 2014 excavations in the Reed's Park field have continued to produce a wide range of evidence for settlement and trade relating to the burgh of Cromarty between the 13th and 19th centuries. This presentation will discuss the latest results from the excavations and post-excavation analysis, and will also look at future fieldwork strategies for 2015.

Steven Birch is a Highlands-based archaeological contractor providing services throughout the Highlands & Islands. Steven graduated from the University of Aberdeen in 2005 and recent posts have included being a member of the Research Committee of the Society of Antiquaries of Scotland (2006 to 2008) and the Scottish Archaeological Research Frameworks (ScARF).