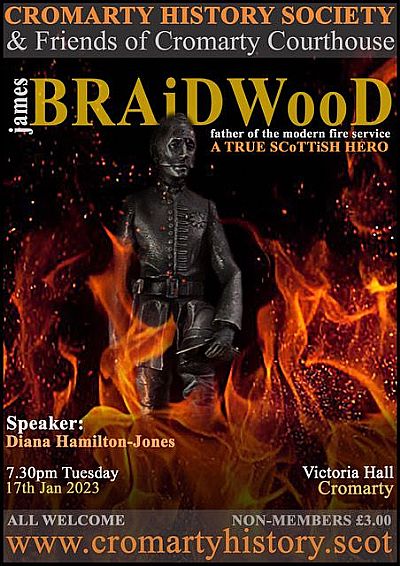 James Braidwood (1800-1861) was born in Edinburgh and grew to be a serious young man, diligent, thoughtful, brave, patiently persistent, kind, a devout Christian, a great family man and a fair and considerate leader who inspired love and respect. Above all, he was a man of vision. At the age of only 24 he was appointed as Superintendent and Master of Engines of the world’s first municipal fire service which was established in Edinburgh in 1824. Before this time there was no official fire‐fighting service. By 1833 he was installed as the first Superintendent of the newly formed London Fire Engine Establishment and was always making improvements, keeping his men well trained and well cared for, constantly having to battle against authorities with deep pockets, tight purse strings and not a little arrogance. He was the first to introduce many different pieces of equipment and methods. Nowadays so much is taken for granted, but it is time to stop, think and pay homage to a man who is the rock on which is built today’s modern fire service and ensure that his name is properly recorded in the history books. It is my hope that this talk will raise James Braidwood’s profile and his legacy in the public conscience.

Diana spent the first 8 years of her life in Wales, the Far East and then Germany before attending an English boarding school until the age of 18. Her aptitude for languages found her employed in Frankfurt where she started in banking but quickly moved to Sotheby’s and later transferred to New York, where she remained until the mid 1990s, organising several international travelling exhibitions. After a spell with the Asia Society, she moved to Amsterdam in 1996 working with the UN, first with the OPCW (Organisation for the Prohibition of Chemical Weapons) and then with the CFC (Common Fund for Commodities). She and her husband retired to the Highlands in 2017.

Cromarty History Society now meets on the the third Tuesday of each month, September - April. 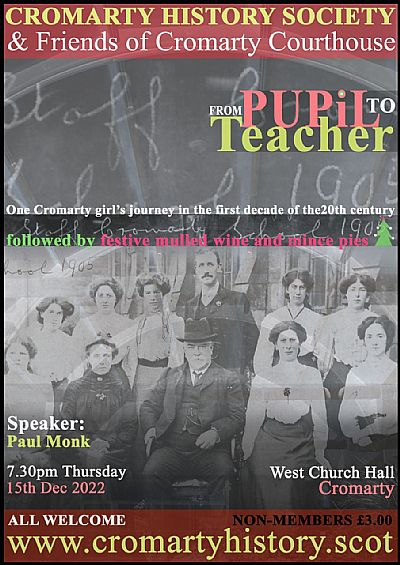 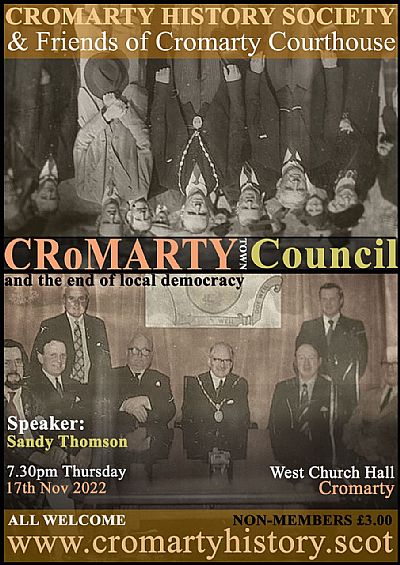 Cromarty Town Council — and the end of local democracy

As a medieval burgh, Cromarty had a Town Council — one that lasted in various forms until 1975. Tonight’s talk outlines all the changes to the present day, and then looks in detail at the activities of the last Town Council, as reported in the minutes of their meetings.

Sandy has been a member of Cromarty History Society for the past twenty-five years. He has been a committee member, our Convener, and he reckons that tonight will be his sixteenth talk to the Society. He moved to Cromarty in 1997 following retirement from Strathclyde University.