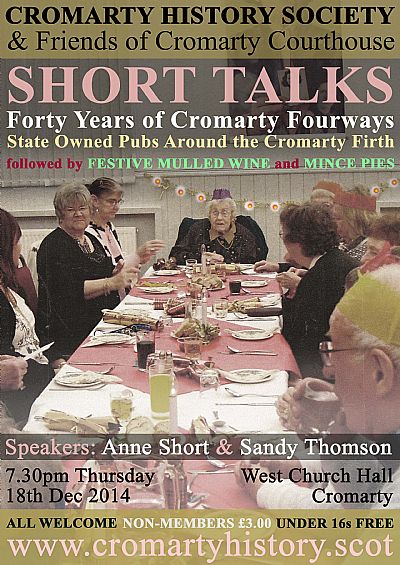 Cromarty is one of the very few places in the UK where all the pubs and off-sales were owned by the State, and this continued to be the case right up to the 1970s. Sandy Thomson, one of our regular speakers, will explain how this came about, who was responsible, how it came to an end and what effect it had on the local community.

The second short talk tells of an evening hosted by the late Jay Duff at Rosenberg. Over a gin and tonic, the idea of an over sixties club was suggested and so the Fourways Club began. Anne Short, born and bred in Cromarty and one of the founder members, will share with the audience her memories of that night and the history of the Club to where it is today.