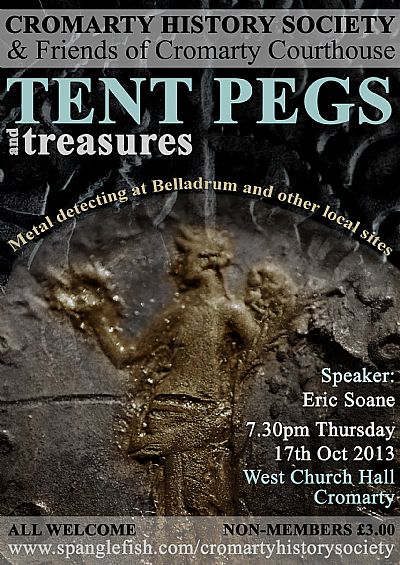 Eric started his career as a gunsmith and engineer. Following a move to Inverness in 1974, he worked in Social Work until retirement in 1989. He was then able to devote time to his hobbies, including Metal Detecting.

Over the last 14 years, Eric has become one of the top suppliers of artefacts to the Treasure Trove system. Eric will show his metal detecting equipment and the modifications he has made to suit his own style and will relate the fascinating story of his local finds, some of which are now on show at Inverness Museum.