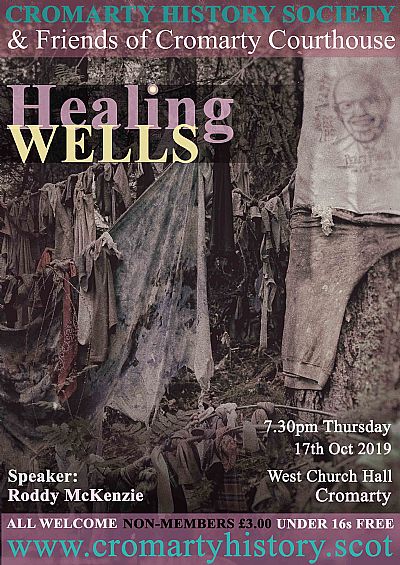 Healing wells —Their contemporary use, history and folklore

In 1571 the Scottish Parliament passed an act, forbidding people from making pilgrimages to Healing Wells (also known as Holy Wells and Clooty Wells). In 2005, it was estimated that there were in excess of 80 thousand votive offerings at three surviving wells in the Highlands of Scotland, and this in an area with the full range of health services and a deep respect for organized religion in the form of the Christian faith. In the first instance this talk will pay attention to what they have survived, this includes:

In addition this talk will give examples of the contemporary use with interpretation of these sites.

Roddy McKenzie retired in 2017 after 38 years as a mental health nurse. He moved to this area in 1990 living in Inverness before moving to Evanton in 1997 where he still lives. In 1991 he had his first encounter with a clooty well (at Munlochy) and that sparked an interest which, allied to a deep interest in spiritual care within health care, led to his PhD research which examined the relationship between the contemporary use of healing wells and nursing care.

Cromarty History Society meets in the West Church Hall, Cromarty at 7.30pm on the the third Thursday of each month, September - April.